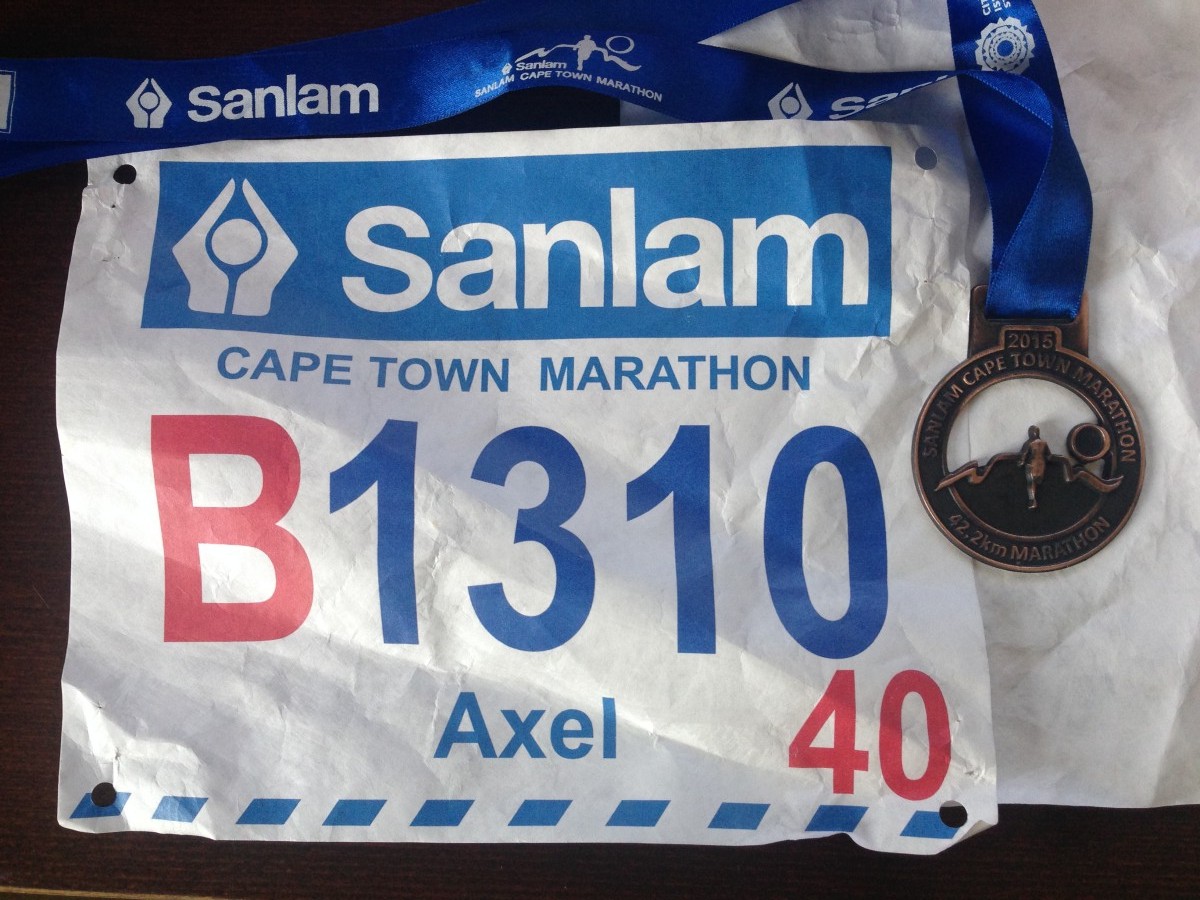 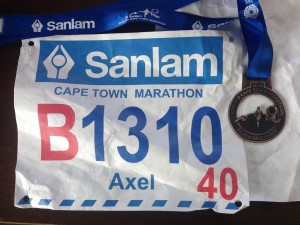 past few years I happened to be out of town every time the Cape Town Marathon was on the race calendar. And I was not too keen on running it, since it’s neither a very beautiful nor a really fast race.

Usually I use the Red Hill (January) and the Peninsula Marathon (February) as seeding events for Two Oceans and Comrades. In July and August of this year I received several requests from clients for the beginning of 2016. Therefore I am not sure if I can run Red Hill and Peninsula, but I definitely I do not want to get in trouble qualifying for Oceans and Comrades.

So I decided to give the Cape Town Marathon a try (I did it several years back and the event grew and changed route since).

Two days before race day I returned from a 5 week business trip where I did not train too much, but I had no doubt that I could finish in 3:45 – 3:50 without killing myself. That’s some 10 sec/km faster than my usual 30km+ training pace of 5:30 min/km.
(I know, I have work to do improving my speed, which is on the agenda until Oceans 2016.)

The start is very well organized with massive seeding areas from which you get send onto the final starting line. The weather was great for running, not too warm, no rain, all good.

I managed to run a pretty consistent race and a pace of 5:20 min/km. The course itself is let’s say average. There are a few very scenic parts, especially where you can see and run towards Table Mountain. The last kms through Cape Town are not scenic at all, and I don’t know why the organizers tried to make it harder by choosing a route up and down the hilly sections of the town. Don’t get me wrong, I like running hills. But for a marathon that aiming to be on the agenda of international top athletes this is a no-go. The water tables were well manned and organized with only one exception where 3 poor people tried to accommodate the crowd of thirsty runners.

Anyway, everything went according to plan for me. I met a couple of running mates from AAC during the race and along the route, which is always great.

You can check my running performance here:

Would I run the Cape Town Marathon again? Well, if I would need to qualify early for my main races I would, but I would not run it for the beauty or so of the race. I am happy with the 3 h 48 min result, getting me into the C seeding of Two Oceans. That’s the seeding I need to go for a solid sub 5 hour Two Oceans Ultra Marathon in 2016.

A few days later I got a message from my friend Andrew, sending me a snipped from our local newspaper Atlantic Sun. That was a nice surprise seeing pictures of the winner, several of my club mates from Atlantic Athletic Club and myself (#1310). 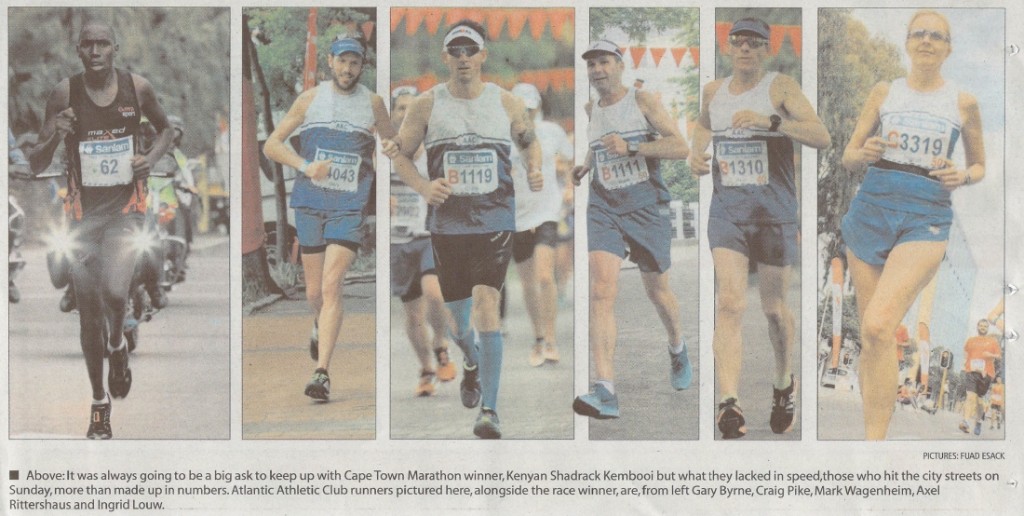