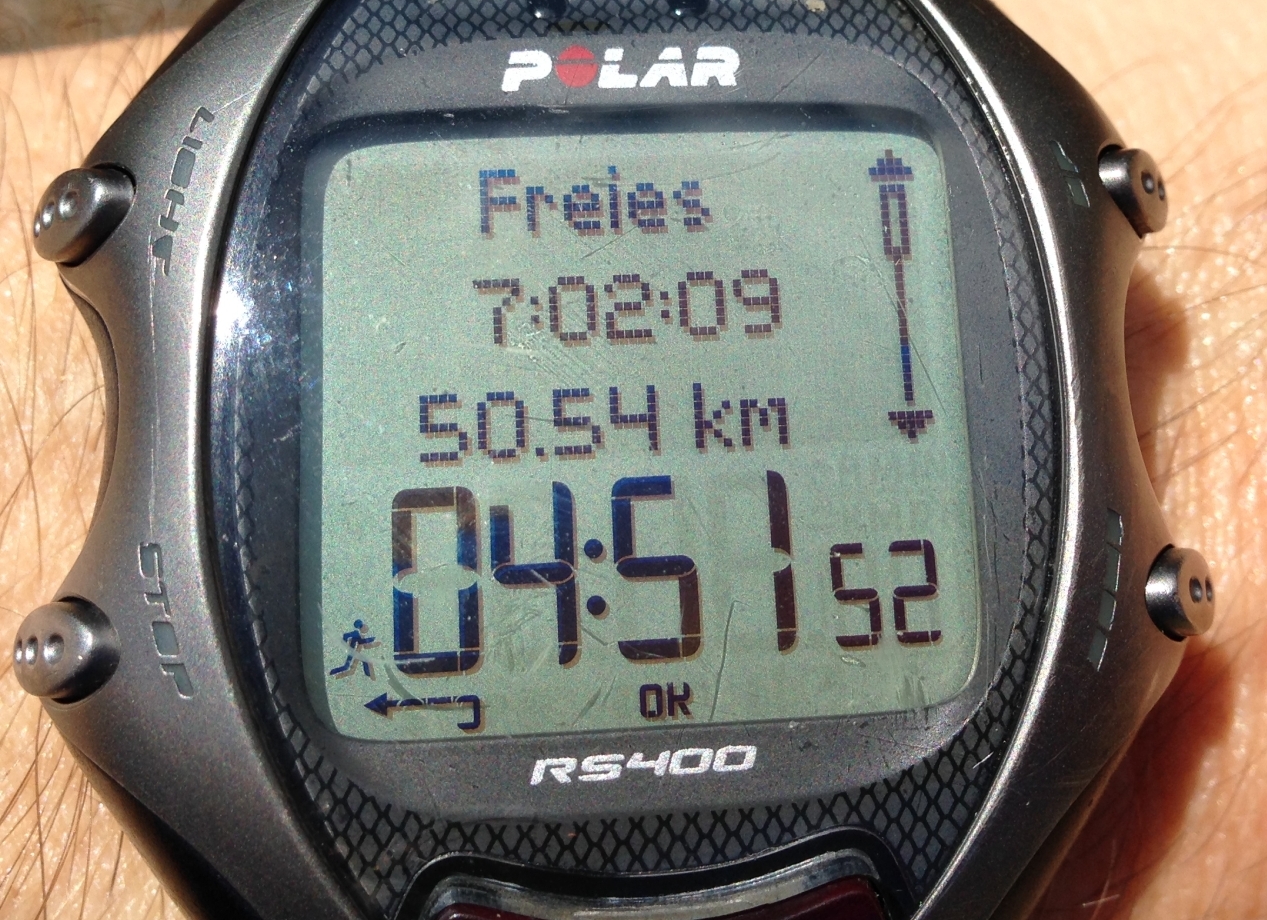 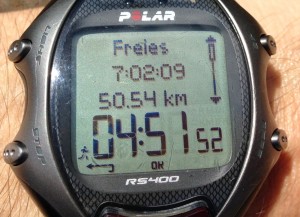 Today was the day for my 50 km training run. I took exactly the same route as in 2011, to give me the chance to compare my fitness level as of today with the one of 2011, the ear of my Two Oceans PB.

It was tough. Really tough.

After 32 km I tripped over a cateye on the road and fell. Luckily I somehow managed to roll over my shoulder and did not hurt myself seriously. And I was even more lucky that no car or cyclist was on the road.

I checked my bruises and figured that they were just on the surface, so I carried on doing what I was out there for. 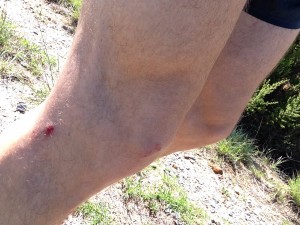 2 little wounds on the knee 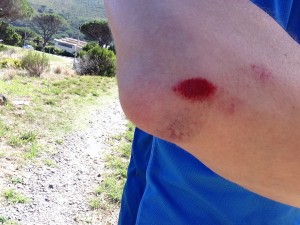 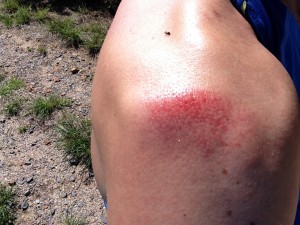 bruise on my “roll over” shoulder

I really fell lucky that this is all I got from that fall. It could have been so much worse!

It happened because I was getting tired and did not focus on the road as much as I should have.

After 38 km my race simulation part was on the menu: An almost 5 km long uphill section.

It’s a bit longer than the Constantia Nek (km 43 – 46 at Two Oceans) and I wanted to test my uphill stamina when already exhausted.

Well, that did work, because it was really exhausting 😉

After those 5 km uphill the road becomes undulating for a while. At km 48 I was ready to turn around and finish the run with a 2 km downhill section.

The mental game was another tough one: I felt that it was very exhausting and I started doubting my ability to go for a sub 5h Oceans. I also did ask myself, “why am I doing this?”.

Well, after some food and a nap I don’t question the why anymore 😉

And for the sub 5… let’s see. I’ll have some quality speed sessions coming and I believe on race day I should be ready. Also mentally 😉

I never trained as much as I did this year. If my mind is ready, the body will be as well.

By the way: In the end I was slightly faster than in 2011 for the same route.