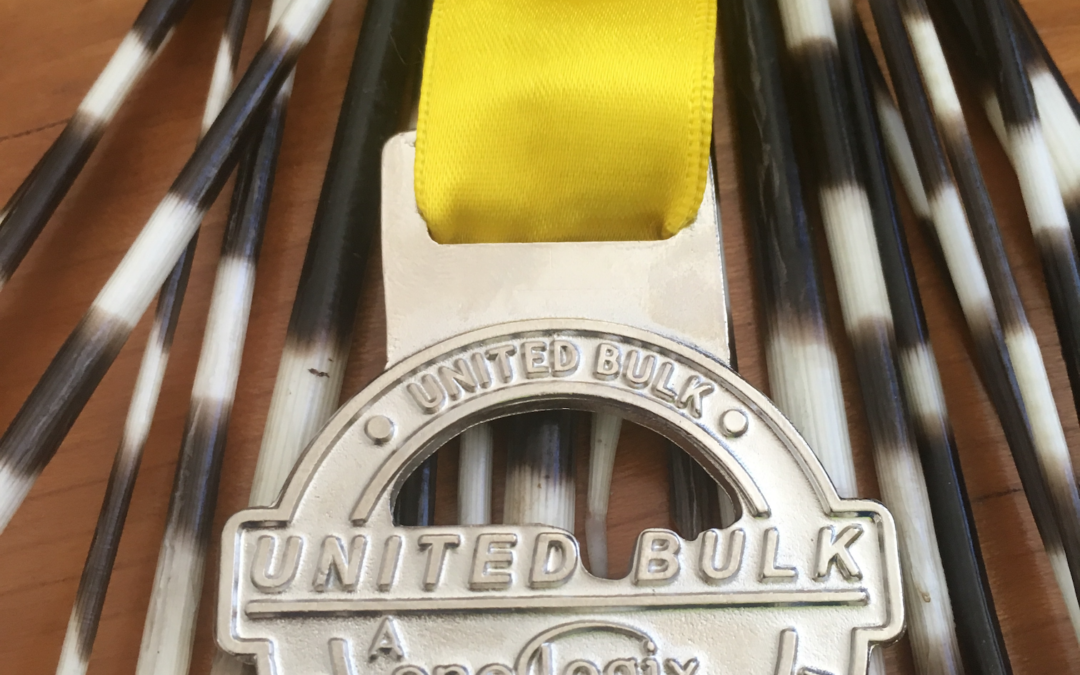 My Two Oceans Qualifier: The Prison to Prison Marathon

To be able to start at the 2018 Two Oceans Ultra Marathon, I was required to run a qualifier marathon. Usually I run the Red Hill Marathon in January and the Peninsula Marathon in February. Well, for 2018 that won’t be too easy.

The date for the Red Hill Marathon was moved to the last weekend in January 2018, and I won’t be able to take part due to travel commitments. The Peninsula is on my list, but it takes part on the 17th of February 2018 – which is only 11 days before the end of February.

You might wonder, why the 11 days are relevant? Well, because if you haven’t completed a qualifying marathon by Feb 28th, you won’t be allowed to start the Two Oceans. And I don’t want to take that risk. It only needs a slight injury or a cold on the weekend of Peninsula, and it would be almost impossible for me to qualify.

Therefore, I wanted to elmininate the risk of not qualifying for Two Oceans. Especially since it will be my 10th consecutive time…

The Prison to Prison Marathon

With the summer in full swing in December, there were not many options to run a marathon near Cape Town. I came across the Prison to Prison Marathon some 110 km away from Cape Town. I never heard of it, but it was listed on the Two Oceans Marathon website and my decision was made.

A friend of mine, Andrew Shepherd, joined me on the very, very early ride to the start. He decided to do the Half Marathon. My alarm went off at 2:20 am and we left town at 3:15 am. The roads were quite empty on our commute 🙂

We arrived at the start area which is inside of a large prison, actually it looks more like a small village. The guards at the gate were very friendly, but still had to check the trunk of our car 😉

From the gate you drive for another 2 km to arrive at the start/finish area. There is plenty of parking. Very safe parking I can say 😉

Registration took just a few minutes and so we waited for the start. I guess there were maybe 300 marathon runners. A small and nice race.

The route takes you further into the prison territory before you turn around and eventually leave the prison after some 10 km. It’s quite a nice view you have looking over the massive Brandvlei Dam. It was also a very sad view, seeing how low the water level of the dam is, a clear sign of the severity of the drought we are facing in the Western Cape.

After leaving the prison, the route takes you along very quiet roads. When starting at 5:30 am on a Saturday it is quiet in many places 🙂 You also run next to wine farms and there are even some small hills. I liked the route! 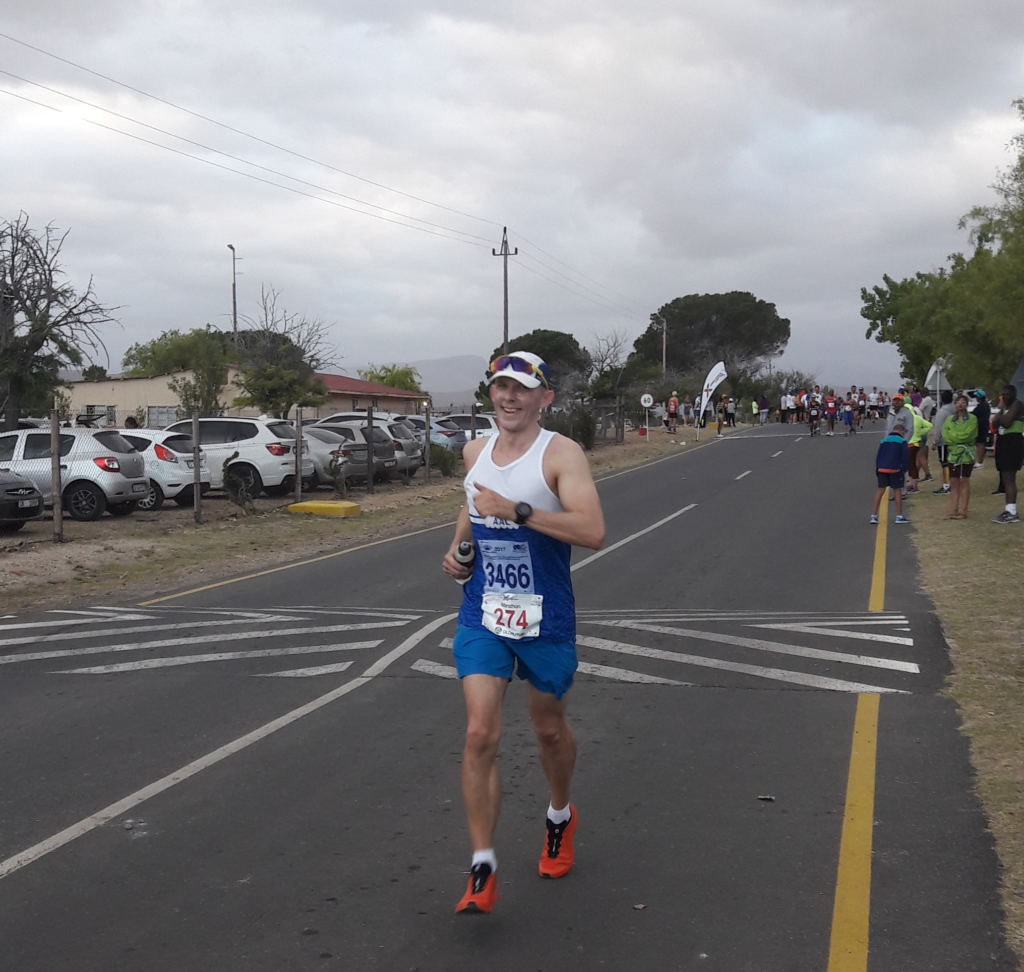 Looking fresh after some 7 km

We were extremely lucky with the weather. The 3 days prior to the race they had 40°C in the area. Not fun to run in. The water tables are plenty and you can tell that they are prepared for much hotter weather. But today it was about 20°C in the morning, cloud cover and even 1.5 h of rain/drizzle during our run. Very pleasant. The wind came from behind, which helped as well.

In total we ran 200m up (and down). That’s not a lot for a marathon in South Africa.

I finished, met Andrew and another club mate, Didi, who finished about 1 min ahead of me. 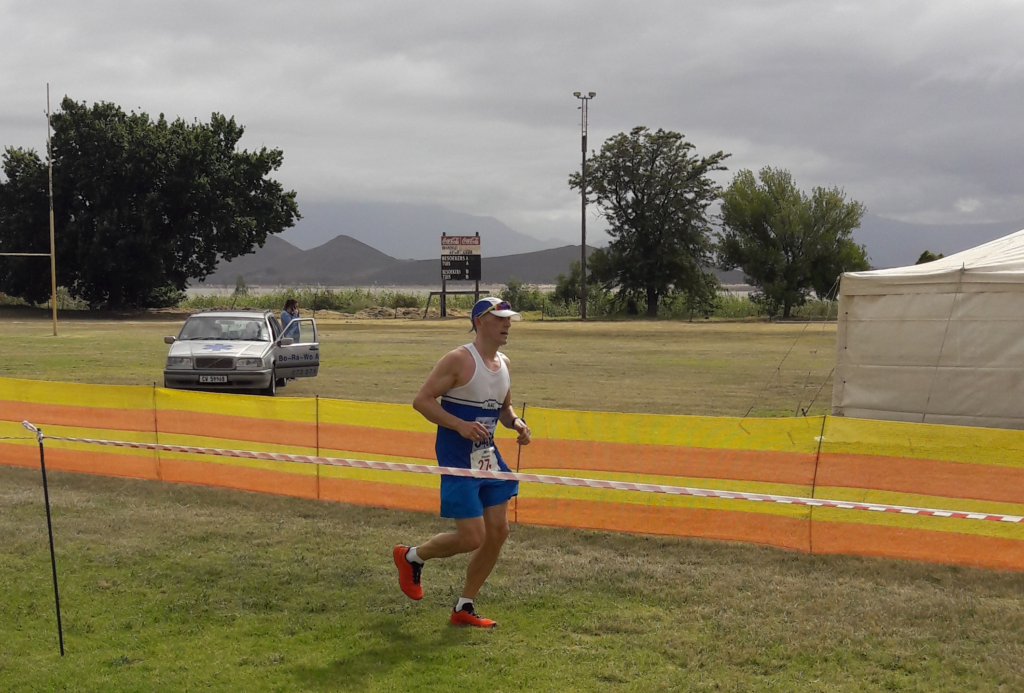 I had one goal: Finish in less than 4 hours without running too hard. I was hoping to make it a long training run with the benefit of qualifying for Two Oceans Ultra and getting into the C seeding. I started most of my Two Oceans in the C seeding, where you don’t lose a lot of time at the start and from where I managed to run 2x a sub 5 h Two Oceans.

For the final 10 km I had to push a bit harder and the combination of slight uphill running + head wind made my heart rate go into the 160-range. The average heart rate for the full distance is 154 bpm. 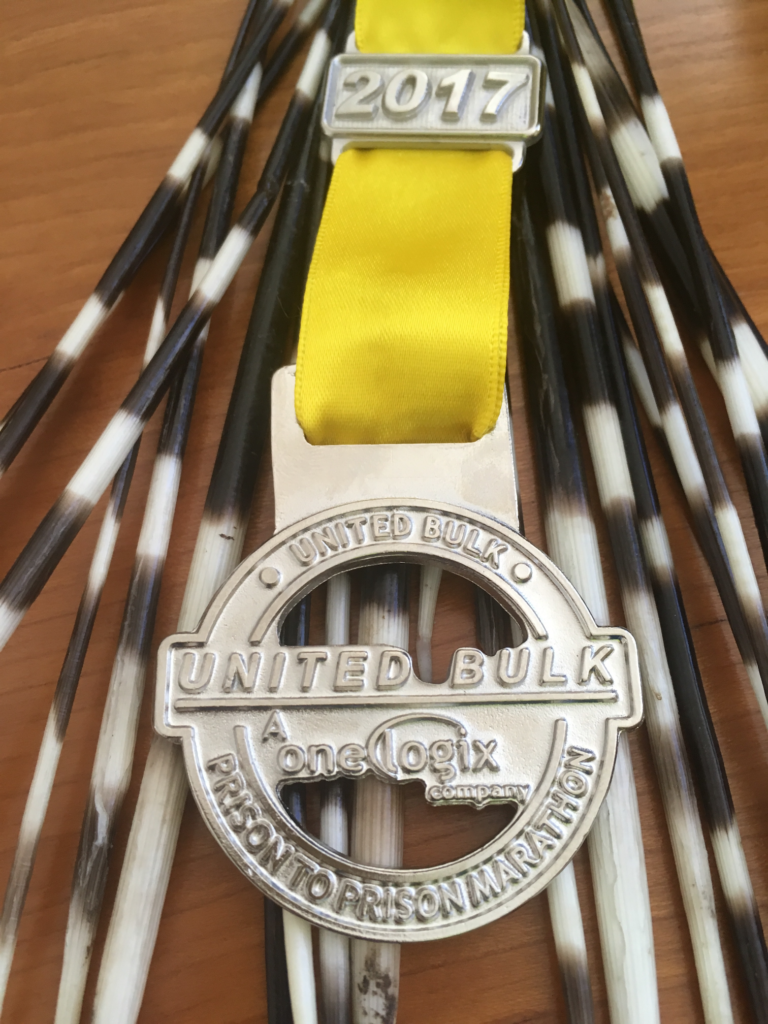 Lovely silver medal (for the first 100 finishers, and I was number 100) and some porcupine quills I found on the route

Dinner was a ostrich burger with a side salad (no fries, as they would have been too much for my stomach). My wife had a pizza and if you are an avid reader of my blog, you know what that means…

With a very early wakeup call at 2:20 am and a start at 5:30 am I had breakfast in two stages. First breakfast was still at home with a bulletproof coffee, my standard chia seeds (soaked in almond milk with strawberry jam) and one slice of toast with Peanutbutter. At 4:30, right after arriving at the venue, I had a second slice of toast with jam and 1/2 banana. This proved to be a very good strategy: I had enough energy while my tummy did not feel full at all.

For the first 25 km I ran with 1/2 l bottle of coconut water. At every second water table I took 1 water sachet to drink and wash my face.

Every 25 – 35 min I ate either a small slice of pizza from the leftover of my wife’s pizza or a homemade date ball.

After the race I had 300 ml of carrot juice, 330 ml of coconut water and some water. No solid food.

Shortly after finishing and changing clothes we made our way back home. Of course Andrew and I got hungry, so we stopped at Liquorice & Lime for a late breakfast. 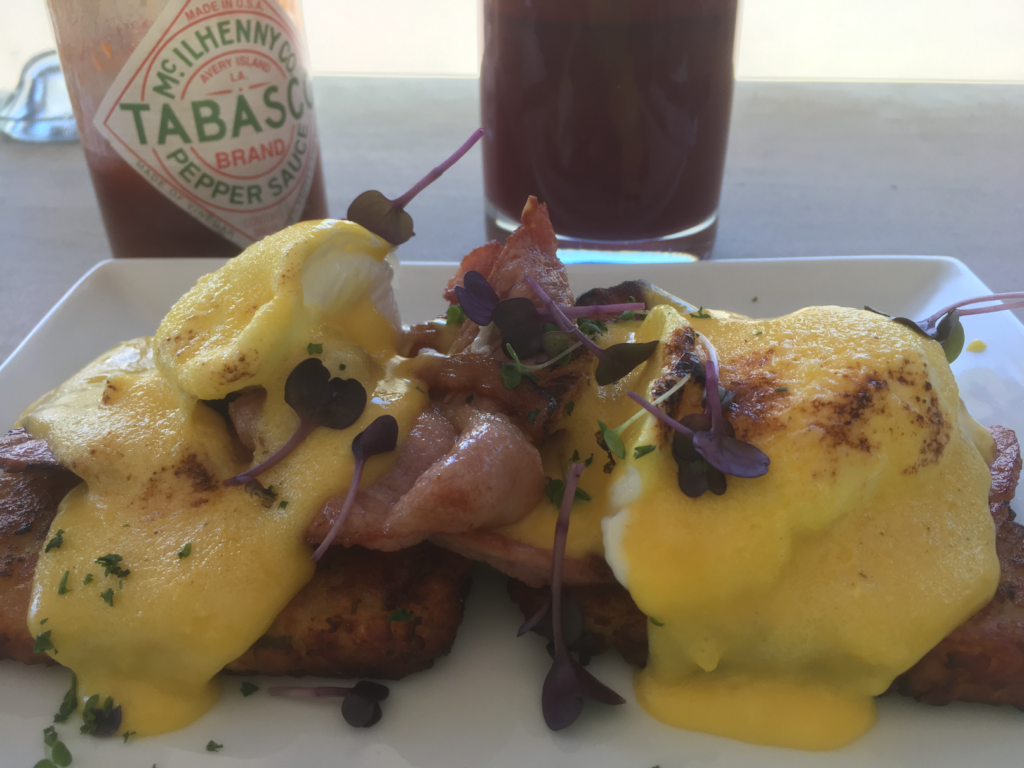 Eggs Benedict after the race

Eggs Benedict are a delight anyhow, but after a marathon it’s pure heaven 🙂

And for dinner I enjoyed a bottle of my beloved Steph Weiss. Or maybe two? 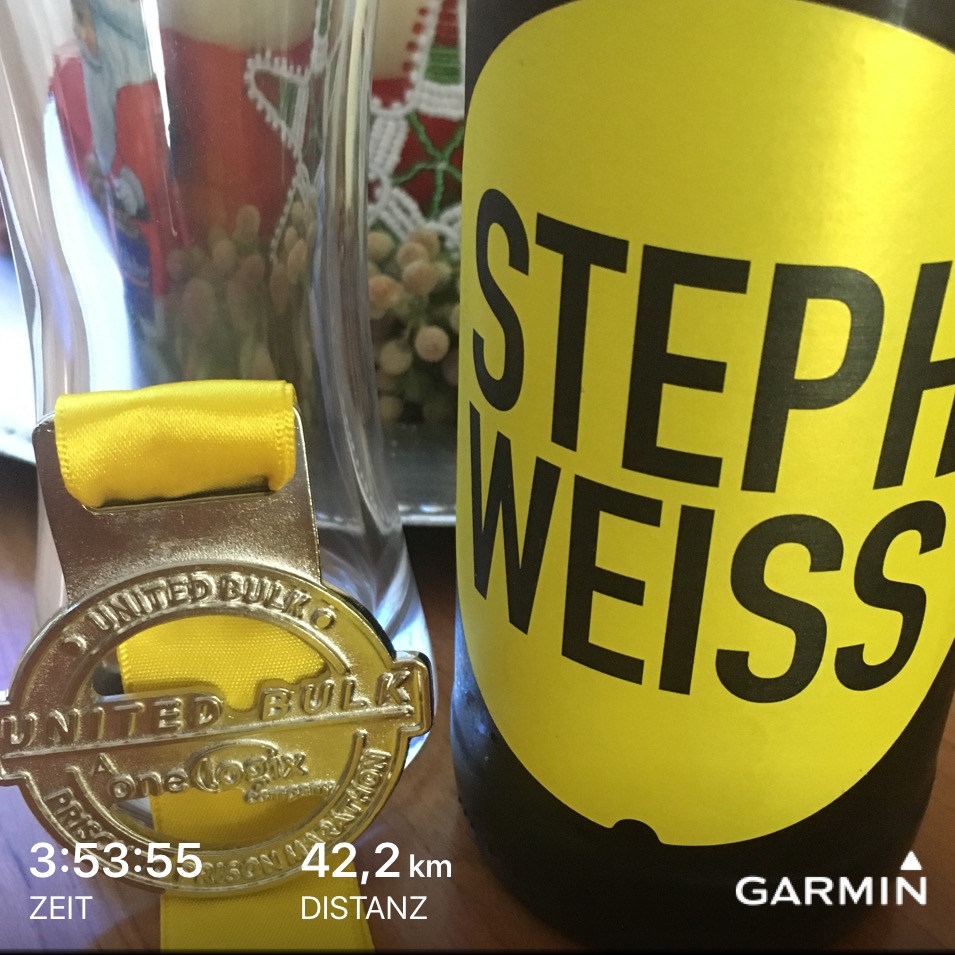 I didn’t have huge expectations for the race and I was very positively surprised by the organisation and the route. If I would ever need a qualifier in November or December again, I would definitely come back to the Prison to Prison marathon!

Thanks a lot to Andrew and Beyond the Finish (expert for vacations and traveling for runners) for the pictures!

Track my running on Strava
Watch me on Instagram