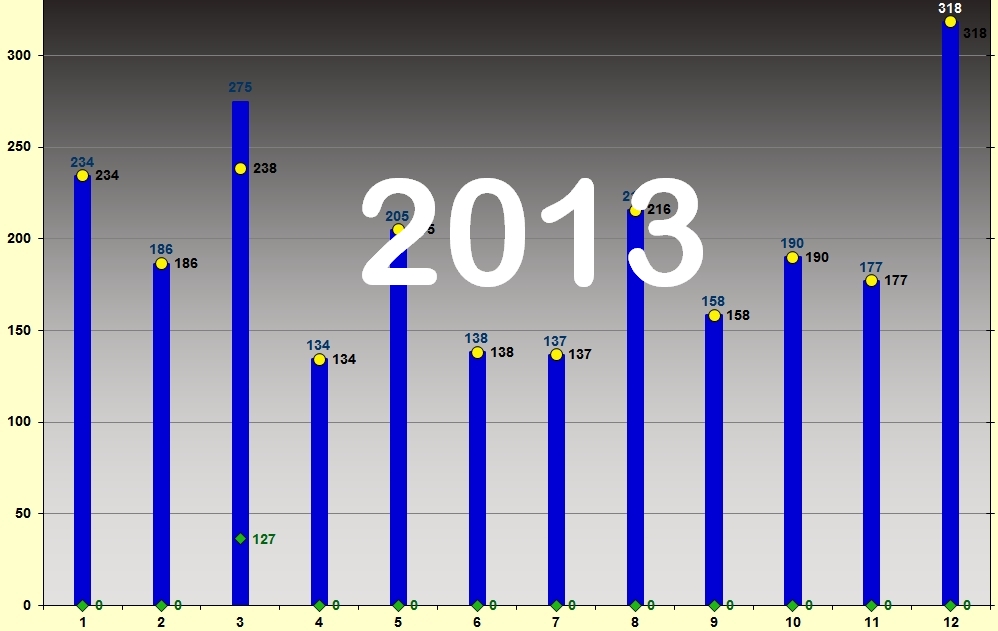 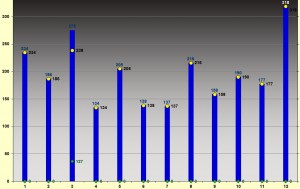 The little yellow dots mark the distance covered by running, the green ones are for cycling.

The bicycle race mentioned happend in march (110 km). That’s the reason for the green marker to appear, because apart from that I have seen my bike only when I open the garage.

In 2013 I was a bit more consistent between June and August, mostly because I did not make a massive break as in previous years after Comrades. I did not run Comrades in 2013 😉

I did all of that using 8 different pairs of shoes.

You can see a massive jump in December. This is when I started serious training for 2014’s Two Oceans and Comrades Ultra. I increased my milage week by week.

And for the ones who love to analyze data, this is my monthly milage overview for the years 2010 – 2013.